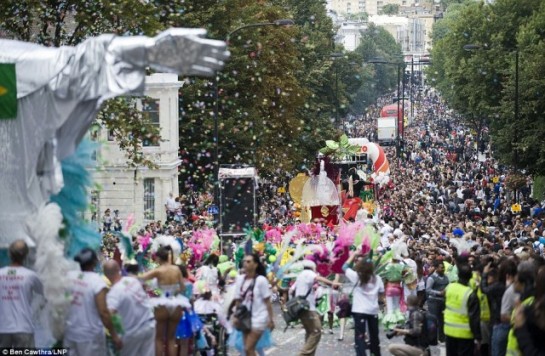 This weekend was the August Bank Holiday weekend in England, Wales and Northern Ireland. Which is great for most because it means no work on Monday.

And it is also the weekend of the Notting Hill Carnaval, a two day celebration that first took place in the mind 1960.

Yesterday was fun, colourful and bright with amazing costumes, dancing, the parade and lots of happy people in the streets having a great time.

Today was much of the same except for the never-ending downpour. It has been raining nonstop since this morning. But that hasn’t damped the spirits as you can see. People still had a good time. After all, London is used to not always sterling weather. That’s not gonna stop an event like this.

By the way, NHC is the the largest celebration of its kind in Europe and world-wide the second, only after Rio.